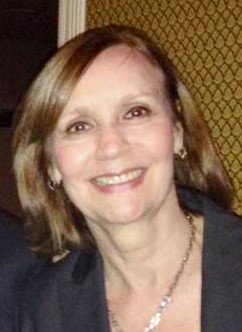 Born in Brooklyn, New York, she was the daughter of the late Philip and Virginia Gorman Kane.  Ann Marie was a graduate of Bay Shore High School and pursued Honor Program Economics with a minor in Marketing at St. Francis College. She held a Series 7 & 63, and was NYSE Specialist.

Ann Marie had been employed by AEA Investors to serve as Executive Assistant and Managed the office of Mr. John C. Whitehead, Chairman of the Lower Manhattan Development Corp. charged with overseeing the rebuilding of the World Trade Center, former Co-Chairman of Goldman Sachs and former Deputy Secretary of State. Once retired, Ann Marie did consulting work for a NYC based non-profit.

Since relocating to the area from New York City, she became a member of St. George’s Episcopal Church in Clifton Park and was integral in compiling the Church Bulletin.

Relatives and friends are invited to calling hours on Sunday from 2:00 p.m. to 5:00 p.m. at the Gordon C. Emerick Funeral Home, 1550 Rt. 9 Clifton Park, NY 12065. Deacon Maureen Demler of St. Geroge's Espicopla Church will offer a funeral prayer servie at 4:00 p.m. that afternoon in the funeral home.

Facial covering, social distancing and capacity limitation must be adhered to at the funeral home and cemetery.

Ann Marie’s family wishes to express their appreciation for the support and kindnesses of her neighbors, fellow members and Clergy at St. George’s Episcopal Church in Clifton Park and to the Saratoga County Sheriff’s Department.

Please feel free to express on-line Condolences using the tab on this website.

To send flowers to the family or plant a tree in memory of Ann Marie Kane, please visit Tribute Store
Sunday
11
April

Share Your Memory of
Ann Marie
Upload Your Memory View All Memories
Be the first to upload a memory!
Share A Memory
Send Flowers