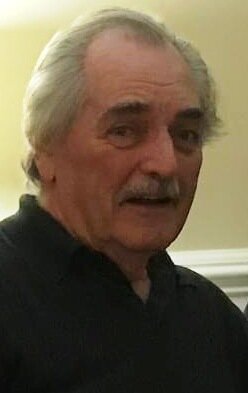 James Peter Maturo, 78 of Uncas Lane died on Sunday Sept. 5, 2021 after a brief illness.   He was born on Oct. 7, 1942 in Malden, MA and was the son of the late Edward James and Katherine O'Brien Maturo.  Jim was a graduate of Schenectady Community College where he received his Associates Degree in Applied Science.  He was a US Air Force Veteran having served honorably during the Vietnam War.   He had been an air traffic controller for the Albany County Airport for over 10 years.  Jim was also a paralegal for the NYS Attorney Generals Office in Albany.  He had been a Friend of Bill for over 30 years.  He was a faithful man who visited the Kateri Tekakwitha National Shrine for many years.

Jim is the devoted father of Edward James (Stephanie) Maturo of Clay, NY; cherished grandfather of Emma, Aidan and Olivia; brother of the late Mary Guzofski.   He was a dear longtime friend and companion of Sheila Foglietta and beloved by her children, grandchildren, and family.  Also survived by nieces, nephews and friends.

To send flowers to the family or plant a tree in memory of James Maturo, please visit Tribute Store
Friday
10
September

Share Your Memory of
James
Upload Your Memory View All Memories
Be the first to upload a memory!
Share A Memory
Send Flowers