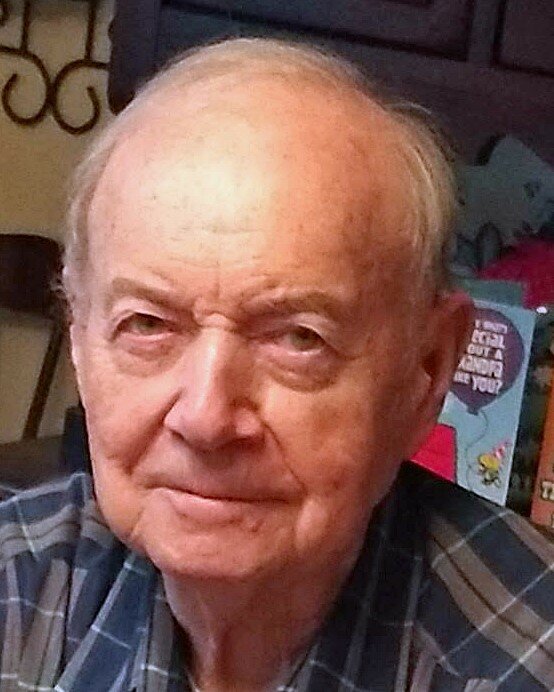 Charles (“Chuck”) Orin Billings passed away peacefully in the loving care of his family on Oct. 26, 2021 at Albany Medical Center Hospital.  He was born on October 21, 1930 in Niskayuna, New York. He was a devoted and loving husband and father who enjoyed playing the drums, fishing and curling. Charles was the son of James and Eleanor (Gowdy) Billings. Charles was predeceased by his loving wife of 58 years, Dorothy May (Coon) Billings. He is survived by his loving twin daughters Lisa (Bob) Reepmeyer and Lori (David) Cucciarre and his four grand children James (Robyn) Reepmeyer, Christopher Reepmeyer, Matthew and Daniel Cucciarre and two great grandchildren Olivia and Charles  (James & Robyn) Reepmeyer. He is also survived by his two sisters, Joan (Al) Anderson and Mildred Renaud and his nieces Sarah (Jorge) Torres and Jody (John) Van Voris, Susan (John) Anderson and a nephew Francois (Kate) Renaud and 3 great nieces. Charles was also predeceased by his nephew John Anderson.

Charles grew up in Schenectady NY, graduated from Draper High School in 1948 and attended and graduated with a BS in Economics, Accounting and Math from West Virginia Wesleyan in 1952 and earned a scholarship to Carnegie Mellon to their first year offering Industrial Administration. Charles entered the US Navy in 1953 where he completed his training as a medic and acquired the rank of Petty Officer 3rd class. Charles was honorably discharged in 1955. He continued his education with the National Banking Association, Accounting from SUNY Albany and Real Estate Appraising at Siena College.

Charles was very active in the Fisher Methodist Church throughout high school. Upon returning from the Navy he became active again and joined many church committies. He also became an advisor for Explorer Scouts of the Boy Scouts of America. Charles was a member of the Jr. Chamber of Commerce, American Legion Post 0471 and the American Federation of Musicians union #14.

Following Charles’ discharge from the Navy he worked for Trust Co. Bank in Schenectady and Montgomery Wards Dept store. He began teaching at Hudson Valley Community College in 1961 and became a chairman of the Banking Insurance and Real Estate dept. Charles assisted in setting up the Real Estate program. He retired in 1991 after 30 years of devoted teaching.

Charles began his musical career at the age of 11 as a drummer and tap dancer. Charles played drums for Draper High School, colleges bands, Navy show band with Johnny Mays, Pat Formichelli Band at Ford’s Tavern in Albany, Yankee Doodle Band in Rensselear (52 plus years), Harry Vincent’s German Band, Bud Bryer’s and later Greg Nazarian’s now managed by Jim Rockstroh Dance Band which he continued to play with until 2020, drumming for a total of 79 years.

Friends and family are invited to join the Billings family for a short celebration of Charles’ life at the Gerald B. Solomon Saratoga National Cemetery on November 12, 2021 at 2:30 pm.

AND THE BEAT GOES ON….

To send flowers to the family or plant a tree in memory of Charles Billings, please visit Tribute Store
Friday
12
November