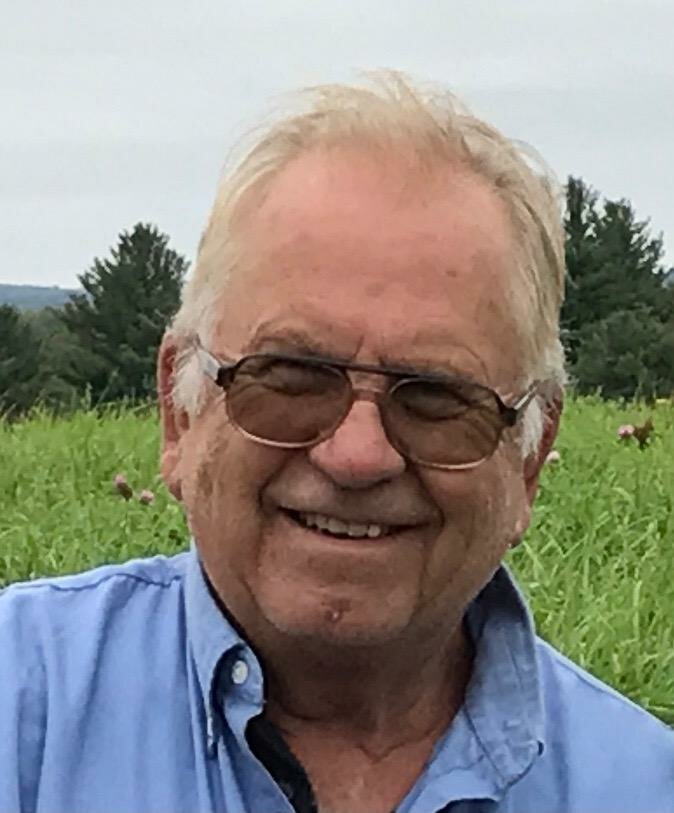 Please share a memory of Gene to include in a keepsake book for family and friends.
View Tribute Book

Gene T. Barton, Sr., 71, peacefully entered into eternal life on Tuesday, December 7, 2021. He was surrounded by the love and comfort of his wife of 50 years, Diane M. Lanoue Barton and his five children.

Gene was born and raised on his family farm in Buskirk, New York. Five generations of Barton’s have been proud to call the “Bartonville” family farm home. Gene’s legacy of pride in his home will be carried on by his wife, children and grandchildren.

Gene was a graduate of Hoosic Valley Central School. He was  a proud American and a U.S. Navy veteran having served from 1971 to 1976. He was awarded the National Defense Service Medal and his Honorable Discharge. After 27 years with the  NYS Office of General Services in Albany he worked as a Refrigeration Supervisor for both Grand Union and Shaw’s Supermarkets  Gene was the owner and operator of G&D Commercial Refrigeration, Heating, Electrical and Geothermal Services. Gene built this family owned and operated business from the ground up. He worked nights and weekends until the time he could make his part time business his full-time career. His trade is one that he has taught to both of his sons.  He also recently joined his family in acquiring ownership of LaPosta’s Deli & Grocery in Speigletown.

Gene silently gave generously to others, starting with his family.  He would give selflessly of his love, time and talents without the need for any recognition. He has been an integral part of his community having served previously as Chief and Fire Commissioner of the Johnsonville Fire Department. He was a communicant of Transfiguration Parish in Schaghticoke and a former member of their Knights of Columbus. He was also an active  member of several trade organizations including RSES (Refrigeration Service Engineer Society), Gene was a lifelong learner, earning credits and certifications in various areas of trade throughout the years.  He was a man that earned the respect of others because there is “nothing Gene can’t do.”  Gene was a firm believer in hard work and his love and devotion to his family was limitless.

Gene and Diane celebrated their 50th Wedding Anniversary on November 20, 2021 with a drive by parade. Family, friends and the community came out to join in this celebration. Over a mile of cars, trucks, tractors, fire trucks, and construction vehicles joined in this milestone event. This show of admiration meant a lot to him. Gene did not realize just how many lives he has touched over the years with his knowledge, selflessness and generosity.

Relatives and friends are invited and may call at Transfiguration Parish, 17 S. Main St., Schaghticoke, NY 12154 on Sunday from 4 p.m. to 7 p.m. and to his Mass of Christian burial at the same location on Monday at 11:00 a.m.  Interment will follow in St. John’s Cemetery in Schaghticoke.

The Barton family wishes to express sincere appreciation to their family, friends and their community for their unwavering support.

To honor the memory of  Gene T. Barton please do so by sending a donation to the charity of your choice in his name. His memory will be best honored if others could mirror the life that he has lived.

The family invites you to view Gene’s Memorial Video and offer your on-line Condolences by using those tabs on this website.

To send flowers to the family or plant a tree in memory of Gene Barton, Sr., please visit Tribute Store
Sunday
12
December

Share Your Memory of
Gene
Upload Your Memory View All Memories
Be the first to upload a memory!
Share A Memory
Send Flowers
Plant a Tree