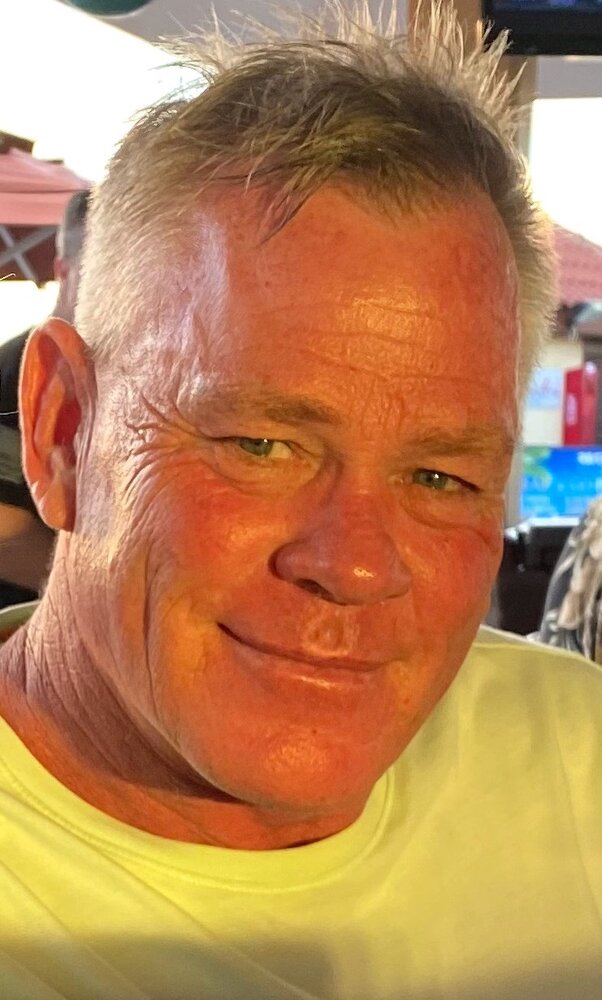 Please share a memory of John to include in a keepsake book for family and friends.
View Tribute Book

John M. Richardson, 62, of Clifton Park, beloved husband of Donna Gregory Richardson for 30 years, passed away quietly on Friday, January 7, 2022, after a 15 month valiant battle with sarcoma, in the loving comfort of his home with Donna at his side.

Born in Schenectady, he was the son of the late Charles Darwin and Louise Marjorie Stein Richardson and was a graduate of Burnt Hill-Ballston Lake High School and Springfield College from where he earned his BA. An accomplished athlete, John was a Kodak All-American while starring as a linebacker at Springfield College. He was well known to many as “JR”  and “Boss”.

On August 31, 1991, John married the love of his life and they enjoyed a fun filled life which included owning and operating JDR Masonry, LLC in Clifton Park, travelling to Aruba, hanging out at The Ace with their family, friends and neighbors and playing golf and basketball. John was an outstanding handicapper of sports which he loved to wager on. He was proud to have won often and to acknowledge that he even lost a few, but was proudest of hitting on a twelve team parlay, not once but twice.

In addition to his beloved wife, Donna, John is also survived by his brothers William (Cheryl) Richardson and Steve (Corinne) Richardson, sister Anne (Larry Abrams) Richardson and was predeceased by his brother David Richardson, devoted son-in-law of Daniel Gregory and the late Geraldine Gregory who he adored, cherished brother-in-law of Daniel (Katherine) Gregory, James (Diana) Gregory and Joanne (John) Ryan, also survived by his adored nieces and nephews and their families.

In lieu of flowers, memorial contributions to Sarcoma Cancer Research would be most appreciated in memory of John M. Richardson.

Please feel free to express your on-line Condolences by using that tab on this page.

Share Your Memory of
John
Upload Your Memory View All Memories
Be the first to upload a memory!
Share A Memory
Plant a Tree