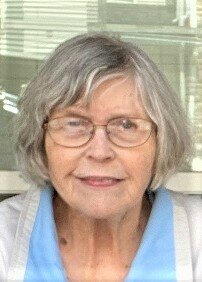 Please share a memory of Karen to include in a keepsake book for family and friends.
View Tribute Book

Karen R. McNeff, 78, of Clifton Park and former longtime resident of Lansingburgh passed away peacefully on Friday April 1, 2022 at St. Peter’s Hospital after a long illness.  She was born in Troy on April 12, 1943 and was the daughter of the late Ellwood and Ruth Bebernitz Cruickshank.  Karen was a graduate of Lansingburgh High School Class of 1962.  She was the beloved wife of the late Thomas G. McNeff who died on February 5, 2000.  Karen was a house wife and homemaker.  She had been an active member of the former Prince of Peace Lutheran Church in Lansingburgh.  She was a three term president of the Ladies Auxiliary of the Watervliet Lodge of Elks, BPOE 1500.  She also had been a member of the Ladies Auxiliary of the Watervliet American Legion.  Karen was an avid bingo player and enjoyed a good game of chance.  She was a great supporter of the Lansingburgh Little League.

Funeral will be held on Wednesday at 11:00 am in the John J. Sanvidge Funeral Home, Inc. Cor. of 115th. Street & 4th. Avenue in Lansingburgh with the Rev. Kate Drefke, Pastor of Faith Lutheran Church in Speigletown officiating.

Calling hours will be from 4-7 pm Tuesday in the funeral home.

Interment will be in the Gerald BH Solomon Saratoga National Cemetery in Schuylerville alongside her husband.

Share Your Memory of
Karen
Upload Your Memory View All Memories
Be the first to upload a memory!
Share A Memory