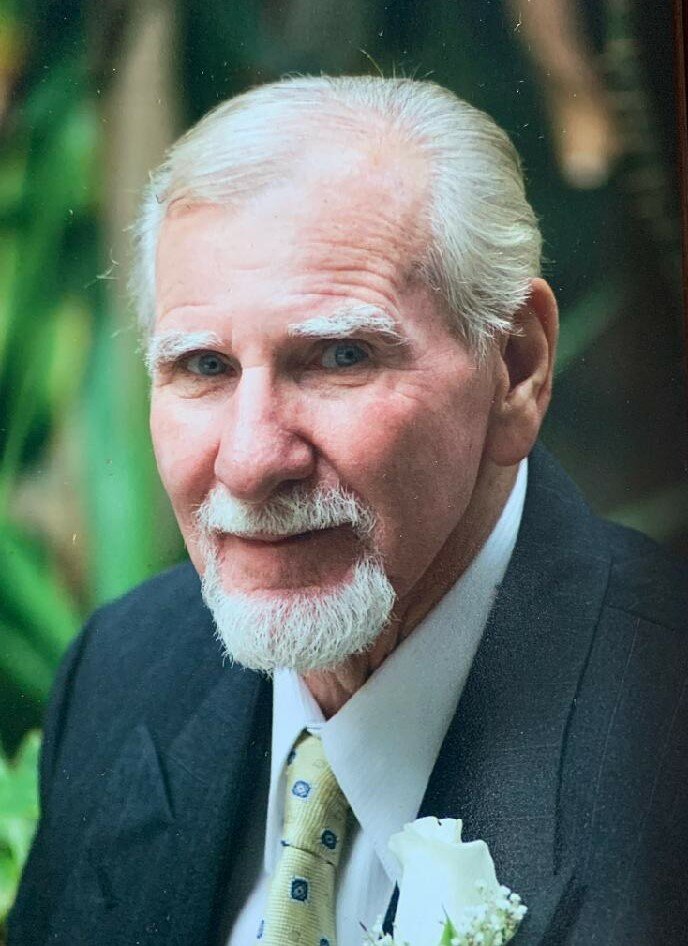 Please share a memory of Harry to include in a keepsake book for family and friends.
View Tribute Book

Born in Albany, he was the son of the late Harry J. and Ruth Brooks McDonough and attended Cathedral High School.  Harry played basketball in high school where his wife Peggy first saw him and was captured by his beautiful blue eyes. He served in the U.S. Marine Corps during the Korean War, an expert rifleman, he was blown out of a fox hole sustaining a lifelong knee injury. He was awarded the Korean Service Medal with two stars, United Nations Service Medal, Good Conduct Medal, National Defense Service Medal and his Honorable Discharge.

Mr. McDonough was a Pressman at Boyd’s Printing Co. in Albany, and started M & M Painting. Once moving to Saratoga County, he and his wife were the proud Owners/Operators of the Chamber Lane Motel in Round Lake for 40 years.

Harry enjoyed attending his kids’ and grandkids’ sporting events, recitals and teaching his grandchildren his DIY skills, there wasn’t anything he couldn’t fix. He loved playing with his great grandchildren as well. Harry could be seen hitting the dance floor at family weddings bringing everyone along to join in the dance with him.  He was known to place a bet or two on a horse at Saratoga or Tampa Downs.  Harry and his wife retired to Florida for quite a few years where he loved going to the beach, flea markets and finding a good bargain at a garage sale.

He was a member and a communicant of Corpus Christi Church.

Interment with military honors will be held Tuesday at 1:00 p.m. at Gerald B.H. Solomon Saratoga National Cemetery in Schuylerville.

The McDonough family wishes to express their sincere appreciation to Dr. Julie Phillips, at the VA, for her guidance and kindness during the last few months of his life.

Those desiring, may make memorial contributions to Alzheimer’s Association in memory of Harry J. McDonough, Jr.

Please feel free to express your online Condolences by udsing that tab on this website.

To send flowers to the family or plant a tree in memory of Harry McDonough, Jr., please visit Tribute Store
Tuesday
26
April

Share Your Memory of
Harry
Upload Your Memory View All Memories
Be the first to upload a memory!
Share A Memory
Send Flowers
Plant a Tree