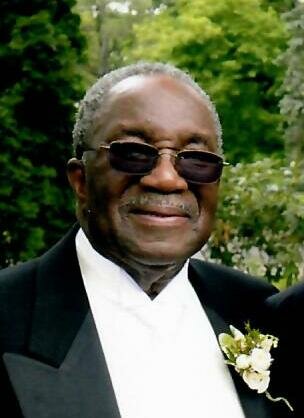 He graduated from Howard High School in Georgetown, SC and then enlisted in the US Navy.  While in the Navy, he served as a Radar Technician aboard the USS Charles R. Ware and the USS Boston, the first guided missile cruiser.  He was proud of his military service and was an active member of the 369th Henry Johnson Veterans Association.  He was privileged to be invited to the White House with members of the 369th when President Obama presented the Medal of Honor Posthumously to Sgt. Henry Johnson.

He worked in sales throughout his career, working for Buckingham Hosiery in Albany, Montgomery Ward and eventually Transwestern Publishing Company.  While at Transwestern, he was recognized each year as one of the top salesmen throughout the country.

A faithful member of Sojourner Truth AME Zion Church in Albany, NY, Richard served as Preacher Stewart; President & Treasurer of the Trustee Board.  He was an usher, a member of the Voices of Truth Choir and a member of the Lay Council.  Richard loved his Church and Church Family.

Richard worked tirelessly through the years as a Prince Hall Mason.  He was a life member of Tuscan Lodge #85 where he served as Worshipful Master several times.  He was past Potentate of Altabari Temple #121; Past High Priest of Zerubbabel Chapter #8; Albany Consistory #90 33rd degree; Alton J. Bennett Council #25 Royal & Select Masters; G alilee Comandry #20 PEC and NYS Grand Commandry Knights Templar, Past Most Grand Eminent Commander.

In addition to his parents he was predeceased by his Beloved Grandmother, Kate Washington; his brother JL Smalls and his sisters Katie Footman and Carriebell Harrison.

The family wishes to thank Dr. Zen and the compassionate treatment staff at NYOH for the wonderful care given to Richard.  Especially, Andrea Hubalek, VA Social Worker, who provided the family with continual support.  Thank you to the staff at Trinity Nursery and Day Care Center for your love and prayers throughout this difficult journey.  A special thank you to our neighbor and friend Sam Coleman. Along with the Sojourner Truth Church family for loving Richard thru the years.

The funeral service will be livestreamed at the Zoom link below:

Calling hours will precede the service on Tuesday from 9-11 a.m. in the funeral home prior to the service.

Inurnment with full military honors will be on Wednesday at 1:30 p.m. in the Gerald BH Solomon Saratoga National Cemetery, Schuylerville, NY.

Share Your Memory of
Richard
Upload Your Memory View All Memories
Be the first to upload a memory!
Share A Memory