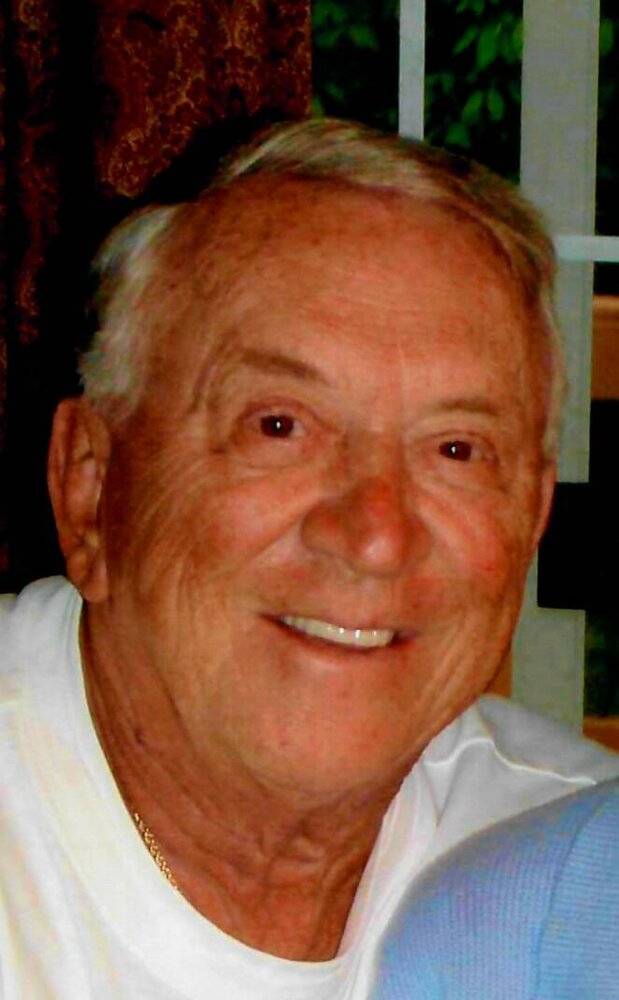 Please share a memory of Joseph to include in a keepsake book for family and friends.
View Tribute Book

Joseph P. Cornell, 1931-2022, passed away peacefully at his home surrounded by his loving family on Tuesday August 9, 2022.  Joe was born May 22, 1931 in Watervliet, NY, the son of Mary (Conte) & Giuseppe Corniello. Joe graduated from Watervliet High School. During high school he worked many odd jobs and after graduation worked as a Page for the NYS Senate. He worked his way up to the Journal Clerk for the Senate. He had the privilege of  meeting numerous state elected officials as well as many governors during his career. He made a lot of friends there, many of whom were on his staff. Joe was blessed with a beautiful singing voice and has a photograph of him and late Governor Mario Cuomo singing together. He was a member of the Senate Christmas Chorus.  He played in several bands during his younger years and formed his own group known as the Joe Cornell Trio. He sang and played the upright bass and was a true performer - always smiling, singing and entertaining. He sang in church choirs, wedding ceremonies, funeral  masses and in nightclubs for years. The Joe Cornell Trio had a loyal following for years and Joe also prided himself in singing with the late Walter Stanley at several venues from Albany to Rome NY. Joe met the love of his life roller skating at Guptill’s. He later married Virginia M. Vaccariello and they moved to Albany, NY where they were blessed with 4 daughters. Joe and Virginia worked together on their rental properties and also collecting antiques. They ran a small storefront on Clinton Avenue in Albany called Cornell’s Poke & Tote and often set up at flea markets. The best antiques were kept as prized possessions and graced their family home on North Pine Avenue in Albany NY. Joe treasured certain antiques like clocks, marble top tables, cut glass, and jewelry. Joe was a member of St. Edward the Confessor Church  in Clifton Park, NY and sang in the requiem choir. Recently he was a member of the Summit at Eastwyck Choral Group. His great sense of humor, quick wit, infectious smile and laugh won him many close friends over the years.

Joe is survived by his wife of 68 years, Virginia Cornell, daughters Debi Cornell (James M. Thompson), Gina Cornell Family (Sanford Family), Joanne Cornell (Glen Yaylaian) and Maryann Cornell (Betsy Manware); grandchildren Ame Breheny (Daniel), Christopher Bucher (Averi Comfort) Taylor Morrissey (Jessica Morrissey) and Joseph Family and great granddaughter Auden Breheny.  Joe loved his family and nothing was more important in his life than being surrounded by his family. He is also survived by cousins, nieces, nephews and his sister in law, Regina Uhl of Tampa, FL.  He was predeceased by his siblings, Phyllis and Peter Cornell.

During their 68 years of marriage, Joe and Ginny loved family vacations at Wildwood Crest, Fern Lake camp life and cruising on their pontoon boat, as well as their Florida lifestyle in Lake Worth. Joe enjoyed Bocce especially his matches at Covered Bridge in Florida. At 91, he resumed his love of collecting and making  pine cone wreaths or as he liked to call them, Della Robbia’s! The entire family was able to enjoy a cruise to the Bahamas in January of 2020. The family would like to express their gratitude to Community Hospice and Joe’s wonderful, caring and loving home health aides as well as Dr. Ronald Hoenzsch and his wonderful staff for their continued compassionate care

A calling hour will precede the mass in the church chapel from 9-10 a.m.

Interment will be in Our Lady of Angels Cemetery, Colonie, NY.

In lieu of flowers, those wishing to remember Joe in a special way may send a contribution to St. Edward the Confessor Church or to Community Hospice of Albany, 310 S. Manning Blvd. Albany, NY 12208.

Share Your Memory of
Joseph
Upload Your Memory View All Memories
Be the first to upload a memory!
Share A Memory