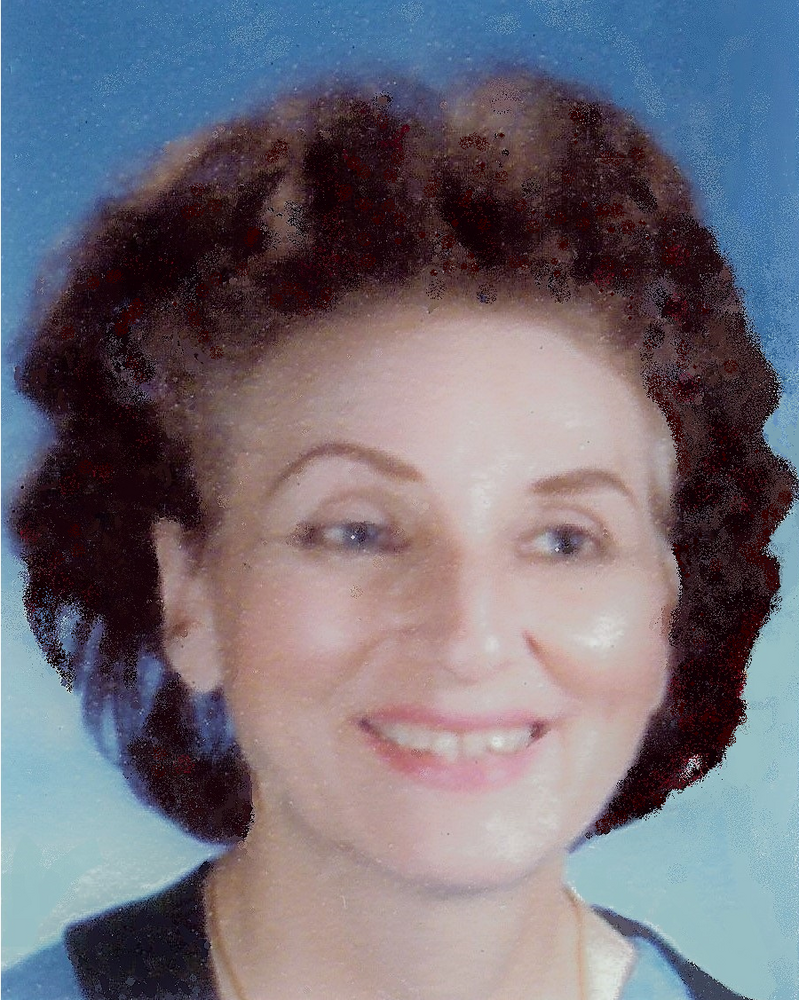 Contributions may be made to the Alzheimer’s Association in Marie’s memory. Matching contributions are being sponsored by the Alois Society until August 31, 2022.

Please share a memory of Marie to include in a keepsake book for family and friends.
View Tribute Book

Marie was a loving and devoted wife and mother, a dedicated teacher, and a woman of unwavering determination and compassion best exemplified by the words of Saint Francis, “Nothing is so strong as gentleness, nothing so gentle as real strength.”

Born in Brooklyn, NY on May 14, 1924, she was the daughter of Paul P. and Celeste Errante and grew up surrounded by a loving, extended Italian family. She graduated with baccalaureate degree in English and education from St. John’s University in NYC and with a master’s degree from New York University, thus allowing her to teach both on the secondary and elementary levels. Her love was for the younger children, and she taught in elementary schools in Manhattan and Brooklyn and at Forest Park Elementary School in the South Colonie School District.

As a young woman, Marie Myrtle Errante had two goals in life: to start a family of her own and to be a teacher. She accomplished the first by marrying her fiancé, Horatio (Ray) L. Bono, and then, together, having and raising four children whom they loved dearly. Soon after marrying, she accomplished her second goal by becoming a teacher, a career and profession at which she excelled and in which she took great pride and joy.

There were two sides to Marie. On one side, she was a very strong, determined, independent woman of uncompromising character who raised her children to be their own person, to stand up for what they believed in, and to never let anyone pull them down. "You've got to be made of sterner stuff," she'd say.  She impressed upon her children that their future can be what they wanted it to be and that whatever they've done in the past -- whatever mistakes they made or setbacks they faced -- would eventually iron itself out -- for “tomorrow is another day.”

On the other side, Marie was fair-minded and conscientious as well as sensitive and compassionate -- one who believed that praise and encouragement pave the way for personal growth, and that harsh words and criticism destroy the spirit. As an example, on those occasions when her young children happened to get on her bad side, she would scold them using the most profane expression that she would ever allow to cross her lips:  "You dirty skunk!" Those three simple words put them in their place. There was nothing more that needed to be said.

Marie's gentleness was her hallmark. She could never cause any harm to any form of life, be it plant, insect, animal, or human. The thought of inflicting pain or damage on anyone or anything was just too emotionally disturbing for her.  She literally couldn't hurt a fly. It wasn’t unusual to see her grab a dish towel and dash around the house, chasing a number of flies until they were successfully cornered at the kitchen door where she would then shoo them out. Mission accomplished -- no pain, all gain! It was quite an entertaining skill to watch.

As gentle as Marie was, when it came to protecting her children, nothing would or could stand in her way, "I'm like a mother lion, you threaten my cubs and I'll go in for the kill." Family, including her beloved pets, meant everything to her, and in her secure embrace, they thrived.

As a teacher, Marie’s desire was to more than simply teach her students reading, writing, and arithmetic, but to also inspire, challenge, and encourage them to see the endless possibilities within their reach and become the people they were meant to be. She saw children as the seeds of today and the flowers of tomorrow and strongly believed that both words and actions mattered in the shaping of their minds. She believed that we all come into this world with unique gifts, valuable talents, and special qualities and that it’s not always about what you do in life, but how you do it.  “Education is not the filling of a pail, but the lighting of a fire.”  She instilled in her students the need to be respectful, kind, and considerate, for although education is important and can open many doors of opportunity, bad manners can just as quickly and easily slam them shut.

Marie believed the phrase "I can't" to be defeating, preventing children from setting goals and achieving their ambitions, whereas if you empower them with positivity and encouragement, you build their self-confidence and ability to succeed. Regardless of what anyone said, she stood strong in her belief that "where there's a will, there's a way."

Marie also had a passion for gardening and cooking. She was an avid and accomplished gardener, taking great pleasure in designing, creating, and caring for her home landscape. Her cooking ran the gamut from family recipes to those from various other sources, with enjoyable results to which her family can attest.

Marie’s memory will forever be in her loved ones’ hearts and an indelible source of strength and inspiration.

We wish to thank The Community Hospice for their support and kind and compassionate care of our mother in her final days.

Contributions may be made to the Alzheimer’s Association in Marie’s memory. Matching contributions are being sponsored by the Alois Society until August 31, 2022.

Calling hours will be from 4-7 pm Thursday in the funeral home.  Interment will be in Memory Gardens, Colonie, NY.

Share Your Memory of
Marie
Upload Your Memory View All Memories
Be the first to upload a memory!
Share A Memory