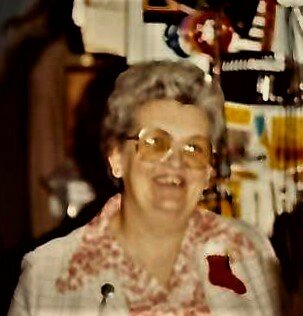 Please share a memory of Sarah to include in a keepsake book for family and friends.
View Tribute Book

Our beautiful mother and friend, Sarah "Sally" J.  Zadigan completed her long journey September 13, 2022 to be with God.  +*She was 95.  Sarah fought Alzheimer’s disease for 6 long years, but did so with grace, laughter and smiles.

Sally was born in January, 1927 at St Joseph's Maternity Hospital in South Troy. She was an only child and her parents were the late Lucetta  and Clarence Fort.

As a young girl Sally worked as a waitress in the Puritan Restaurant and later on she went to work as a waitress in the Hendrick Hudson Hotel both in Troy, NY.  Turns out, the rest of her life began at the Hendrick Hudson Hotel. This hotel is where she met her husband Phil. To hear Sarah tell the story, "he (Phil) shook my hand and my heart did a flip flop".  She fell in love instantly. Their love story continued for

Sally owned and operated her business, Sally's Bargain Outlet for 30 years in North Troy (Lansingburgh). She would often say what she loved most about her business was meeting and chatting with all the people who would come to her store. Anyone who lived in Lansingburgh from 1964-1994 knew Sally not Sarah.  In fact, everyone including the young kids called her Sally.

Sally's Bargain outlet sponsored a bowling league for over 20 years, where both Sally and  Phil and many friends bowled and participated in state tournaments.  Sally was an active member of the Lansingburgh First and Second Avenue Business

Later on in life, she was introduced to a place she grew to love - Wiawaka in Lake George, NY.  During that time, she was an active board member for 10 years. She absolutely adored Wiawaka and it's great surroundings and made many friends during her stays.

Our mother lived a full, long, and happy life. She lived her whole life smiling and laughing.  In other words, she enjoyed her life and lived

it well. She was loving, kind and of course gregarious. She had a contagious smile, laugh and a great sense of humor and all who knew her loved that about her.   She will be greatly missed by those who loved her.

Sally was pre-deceased by her husband Philip Zadigan, her son-in-law Scott Bader, and her grand dog

Any and all cards can be sent in care of the Funeral home.

In lieu of flowers, contributions can be made to the Cornerstone Community Church of Lansingburgh, Alzheimer's Association of North Eastern NY, and Community Hospice.

At Sally's request there will be no calling hours and a private funeral will be held.

The family would like to thank the staff of Saratoga Center, Capstone Nursing Home, and Community Hospice for the care they gave to Sally.

To send flowers to the family or plant a tree in memory of Sarah Zadigan, please visit Tribute Store

A Memorial Tree was planted for Sarah
We are deeply sorry for your loss ~ the staff at Gordon C. Emerick ​Funeral Home
Join in honoring their life - plant a memorial tree
Services for Sarah Zadigan
There are no events scheduled. You can still show your support by sending flowers directly to the family, or planting a memorial tree in memory of Sarah Zadigan.
Visit the Tribute Store