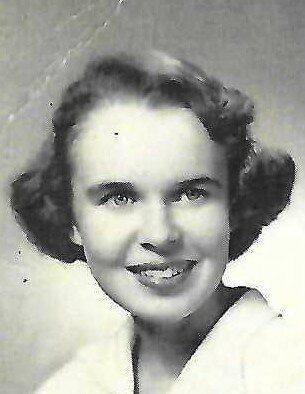 Peggy was born in Brooklyn on April 11, 1931. She graduated from Fontbonne Hall Academy, Marywood College, and Fordham University. Peggy married Charlie, the love of her life, in 1956. He would often serenade her with his rich baritone voice during five-star dinners he prepared every Sunday.

She was a dedicated kindergarten and fourth grade teacher at Shenendehowa Elementary School for enough years to have recited the pledge of allegiance more than 4,500 times and tied children’s shoelaces more than 270,000 times.  She brought the joy of her work home, often telling her family about the latest hilarious instance where one of her students overshared about their parents (and yes, that does include your child).  For her, teaching was not merely a job; it was her passion. Never one to shy away from giving her opinion, she taught not only her students, but also their parents. She would call them at home, liberally dispensing wisdom in her thick Brooklyn accent late into the night. She left a clear impression on her students who would approach her at the mall years later as adults and say “Mrs. Scherzinger! Mrs. Scherzinger! Do you remember me?” She always did.

She never had time in her life for nonsense. She once interviewed for a job as a stewardess. When she was told that the interview would consist of walking in a straight line in front of a group of men, she walked right out the door instead.

In her spare time, she was active in her community. She volunteered at St. Edward’s Parish, was an honorary lifetime member of the New York Parent Teacher Association, and was a member of the Clifton Park YMCA Board. Always ahead of her time, she was an early fitness enthusiast at a time when few people exercised. When her neighbors would see her running, they would wonder who was chasing her. She maintained deep and enduring friendships. She would often golf with her friends or host raucous bridge parties where, judging by the amount of laughter, cards were very much not the point.

Even after retiring, she never stopped teaching those around her. Her strength of character, resilience, and loving nature set a strong example for everyone who knew her. She spent her life looking forward and never complained, shed a tear, or dwelled on misfortunes. A lifelong friend and World War II veteran once told her that she was the toughest nut he had ever known. Her toughness was only outmatched by her kindness and generosity (all three characteristics were on display when she would wrestle away the bill from relatives at restaurants).

Peg nurtured friendships among a contingent of strong, independent women.  She doted on her children, grandchildren, and great grandchildren. She spent her days teaching and playing with her great grandchildren right up to the end. She lived a long life and got more out of every day than many do in a lifetime.

Memorial mass will be held on Monday November 21, 2022 at 11:00 am at St. Edward the Confesor Church 569 Clifton Park Center Rd. Clifton Park, NY 12065.  Donations in lieu of flowers may be sent to the Mayo Clinic, where extraordinary medical personnel gave us more precious time with a very loving, wise, beautiful mother, grandmother, great-grandmother, teacher  and friend. Our hearts ache for her loss but are filled with gratitude for the time that we had with her.

Interment will be in the Gerald BH Solomon Saratoga National Cemetery alongside her husband.

Share Your Memory of
Margaret
Upload Your Memory View All Memories
Be the first to upload a memory!
Share A Memory