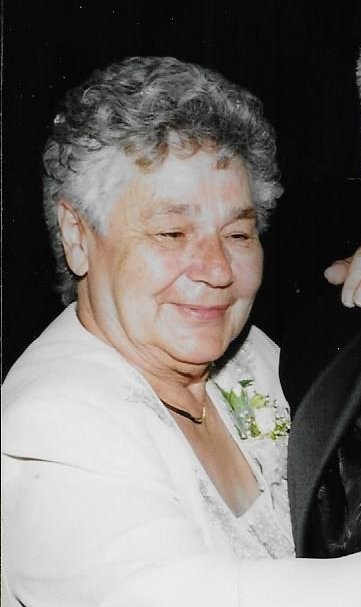 Helen E. Emerick LaTourrette, 87, formerly of Biscayne Blvd. (Miami Beach Estates) in Troy, peacefully  entered into eternal life on Sunday, November 25, 2018 surrounded and in the loving comfort and care of by her family.

Born in Albany, she was the daughter of the late William and Helena J. "Anna" Hettie Emerick and the beloved wife of LeRoy D. "Roy" LaTourrette, who she married on September 23, 1950 and enjoyed nearly 54 years of marriage until his passing on May 24, 2004. She was a graduate of St. Anne's Catholic High School in Albany.

Mrs. LaTourrette had been a waitress for 15 years at the Howard Johnson's Restaurant in Albany and was previously employed at F.W. Woolworth & Co. at Westgate Plaza and Walgreen's, both in Albany as well.

Funeral service will be celebrated on Thursday, November 29, 2018 at 1:00 p.m. at the White - Sanvidge Funeral Home, 58 Leversee Road (RT-40 in Speigletown),  Troy, NY 12182 with interment to follow in the Gerald B.H. Solomon Saratoga National Cemetery in Schuylerville.

Relatives and friends are invited and may call at the funeral home on Thursday from 11:00 a.m. to 1:00 p.m.

Please express your condolences or send flowers by using the tabs below.

To send flowers to the family or plant a tree in memory of Helen E. LaTourrette, please visit Tribute Store
Thursday
29
November

Share Your Memory of
Helen E.
Upload Your Memory View All Memories
Be the first to upload a memory!
Share A Memory
Send Flowers