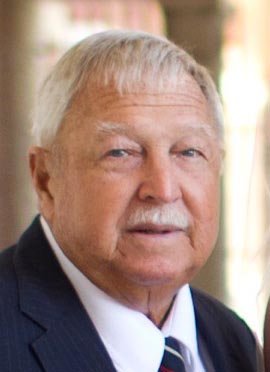 RICHARD L. BARTIS (89) of Troy, died peacefully at home on Monday, April 15, 2019 while holding his wife's hand. Dick was born in Arlington, Massachusetts and was the son of the late John C. and Hazel Lovejoy Bartis. He was the loving husband for 65 years to Jane Scullen Bartis.

Richard was raised in Nashua, New Hampshire and was a proud graduate of Springfield College. He also served in the U.S. Navy. He was a physical education teacher for the Troy School District for 28 years. While working in Troy he met his future wife and they went on to raise 6 children, 14 grandchildren and 10 great grandchildren.

Throughout his teaching career Dick was well known as a respected coach and official for several sports including football, basketball and swimming. He also taught swim lessons across New York State through the Learn to Swim Program and the American Red Cross. He was an official for NCAA swimming and a long time member of the Capital District Swimming Official Association. He often spoke of the many people he met during his 60 year commitment as a swimming official.

After Dick retired from teaching he worked for several local banks as a mortgage loan originator. He was also employed as a Licensed Realtor and Sales Associate for Bryce Real Estate. He loved helping people achieve the american dream and at every closing he presented the new homeowners with a Flag.

In his spare time he enjoyed golfing, collecting antiques and puttering on his house at Avenue A. He also enjoyed his time at Glen Lake, Hampton Beach, and Port Charlotte.

Dick was an active communicant of Transfiguration Parish in Speigletown, a member of the BPOE #141 Troy Elks and the Veterans of Lansingburgh. He loved to compare himself to Uncle Sam. Both were born in Arlington and ended up in Troy. Dick was goal oriented and driven. In August of 1997 at the age of 68 he decided to walk from Melrose, NY to Hollis, NH where his parents were buried. He explained that his journey over the mountain would give him time to reflect on his life. He planned out his daily course and documented his journey in a notebook. Jane was in charge of following him with the car and packing the lunch. He completed his goal on Veteran’s Day, November 11 at 11:00.

Interment with military honors will be held in Oakwood Cemetery, Troy. In lieu of flowers, contributions may be made to the Lansingburgh Boys & Girls Club, 501 Fourth Avenue, Troy, NY 12182, in memory of Richard L. Bartis.

Funeral arrangements have been entrusted by the family to the White - Sanvidge Funeral Home, 58 Leversee Road (RT-40 in Speigletown), Troy, NY 12182.

Please express your condolences by using the "ADD CONDOLENCE" Tab below.

To send flowers to the family or plant a tree in memory of Richard L. Bartis, please visit Tribute Store
Friday
3
May

Share Your Memory of
Richard L.
Upload Your Memory View All Memories
Be the first to upload a memory!
Share A Memory
Send Flowers