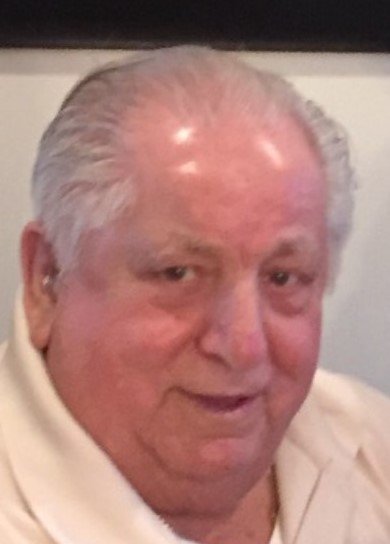 Jim was born in Albany, he was the son of the late James and Emma (Bell) Germano and was a graduate of Christian Brothers Academy in Albany and attended Siena College in Loudonville. He served in the U.S. Air Force and was an Airman Third Class at the time of his Honorable Discharge on September 19, 1952.

Mr. Germano retired in 1991 from the NYS Office of General Services and held prior positions at the NYS Dept. of Correctional Services.  Since 1954, he was a proud member of the International Union of Operating Engineers Local #106 as an operating engineer and also served as contract negotiator and grievance chairman for both the union and management positions and held several steward management positions.  From 1971 on, he held the position of North Greenbush Democratic Committee Chairman, served as an Executive Board Member of the Rensselaer County Democratic Committee, held the position of North Greenbush Public Safety Commissioner, was a member of the BPOE Troy Elks #141, the Wynantskill American Legion Post #1489, sponsored and coached various Little League teams, was a member of the Country Club of Troy, the Italian Community Center in Troy, was a co-founding Charter Member of the Leonardo Da Vinci Lodge in Rensselaer and was also a New York State Licensed Real Estate Broker.

Relatives and friends are invited to calling hours on Friday, August 23, 2019 from 4:00 p.m. to 8:00 p.m. at St. Michael the Archangel Roman Catholic Church, 175 Williams Rd., Troy, NY 12180 and to his Mass of Christian Burial on Saturday morning at 10:00 a.m. at St. Michael’s Church that will be followed by interment with military honors at Calvary Cemetery in Glenmont.

The Germano family extends heartfelt appreciation to the team of doctors, nurses and aides at the Albany Medical Center for their professional care, support and love during his time of need and to the North Greenbush Ambulance Association for their services.

In lieu of flowers, the family desires that memorial contributions be made to the Alzheimer’s Association, NENY Chapter, 4 Pine West Plaza, Suite 405, Albany, NY 12205, in memory of F. James Germano.

To send flowers to the family or plant a tree in memory of F. James Germano, please visit Tribute Store
Friday
23
August

Share Your Memory of
F. James
Upload Your Memory View All Memories
Be the first to upload a memory!
Share A Memory
Send Flowers