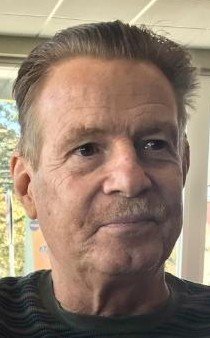 Born in Albany, New York, he was the son of the late Harold and Jacqueline Holoboski Burgess and was a graduate of Troy High School.

Brian had been employed at Crowley Foods in Albany.

He enjoyed watching football, the horses, OTB and was a longtime patron of the Alpha Lanes.

He is survived by his three children, Brad, Brian and Brittany Burgess and two brothers; Kevin (Joanna) Burgess and Jack (Sheree) Burgess as well as his granddaughter; Madeleine Barreto and four nephews; Sam, Jake, Toby and Ryne.

Please feel free to offer on-line condolences or share a memory on Brian’s “Tribute Wall” tab on this website.

To send flowers to the family of Brian Burgess, please visit Tribute Store

Share Your Memory of
Brian
Upload Your Memory View All Memories
Be the first to upload a memory!
Share A Memory
Send Flowers