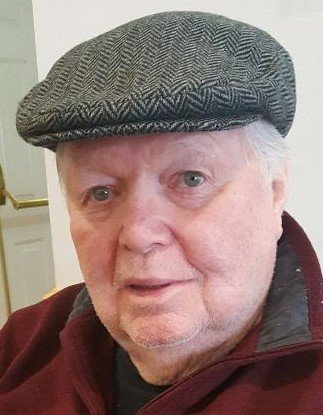 Born in Brooklyn, NY, he was the son of the late Francis J. and Margaret McCarty Rochford and the beloved husband of Gail C. Cunningham Rochford of Clifton Park and the late Mary Theresa “Terry” Hedderson Rochford. He was a graduate of Ft. Hamilton Natural School in Brooklyn and served in the U.S. Army from 1960 to 1962 where he earned the Good Conduct Medal and his Honorable Discharge.

Frank retired from a dedicated career of 30 years with United Airlines in Newark, NJ.

He was a communicant of St. Mary’s Church in Crescent, a member of the American Legion Mohawk Post #1450 in Halfmoon and loved to watch Classics on television.

There are no calling hours.

Frank’s family wishes to express their sincere appreciation to all of his caregivers at the Home of the Good Shepherd in Malta for the love and care which was provided to him and themselves.

The family desires that in lieu of flowers, memorial contributions be made to  Community Hospice of Saratoga, 179 Lawrence St., Saratoga Springs, NY 12866 or to the Alzheimer’s Disease Association, 4 Pine West Plaza, #405, Albany, NY 12205, in memory of Frank T. Rochford.

Funeral arrangements have been entrusted by the family to the Gordon C. Emerick Funeral Home, 1550 RT-9, Clifton Park, NY 12065.

To send flowers to the family or plant a tree in memory of Frank Rochford, please visit Tribute Store
Wednesday
27
November

Share Your Memory of
Frank
Upload Your Memory View All Memories
Be the first to upload a memory!
Share A Memory
Send Flowers